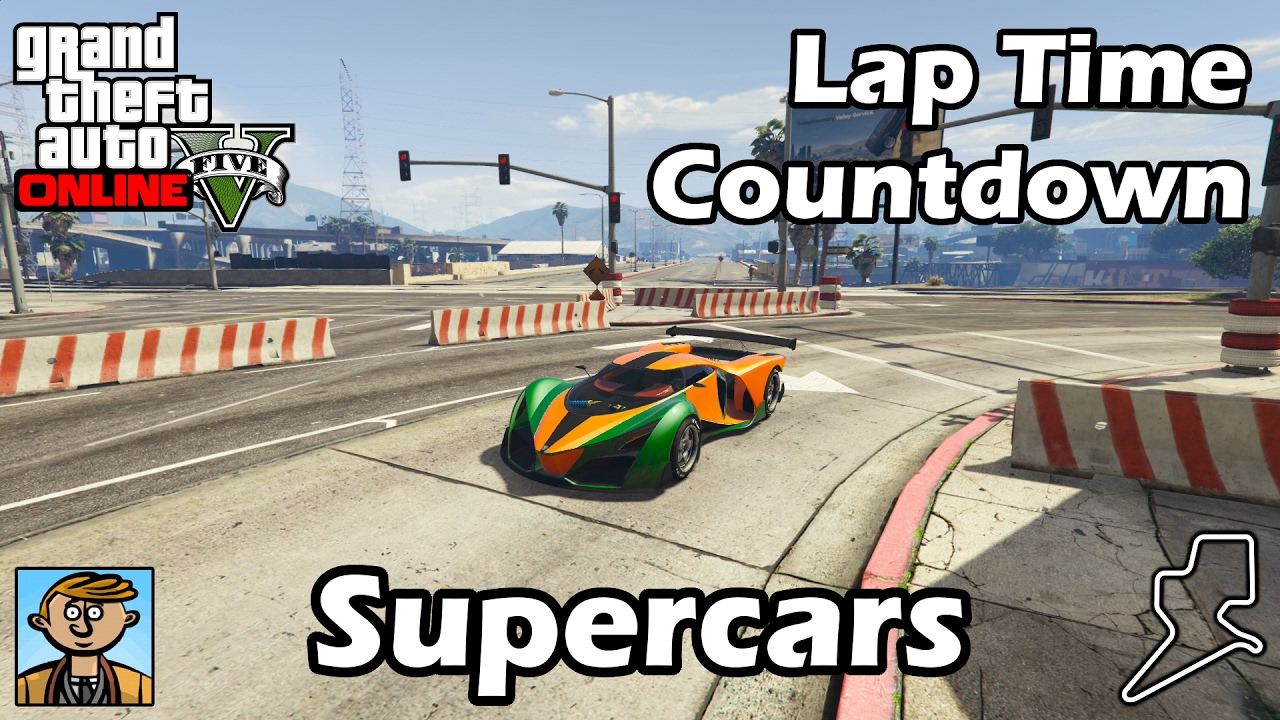 The 8F Drafter, it’s a weird one to drive, because it does suffer from a lot of understeer. It’s pretty much the opposite of the 9F, which suffers from oversteer. The 8F is slightly quicker than the 9F, at least in terms of lap time, but all of these vehicles… aren’t exactly anything special when it comes to top speed. But we will focus on that when we get the top speed testing video tomorrow.

But yeah, the 8F drafter, a 1:03.5, a pretty respectable lap time putting it right in between the regular Jester, and as we’ll see, the Schlagen GT from the previous update, so that’s pretty respectable for its lap time, but the full story will obviously be when we see the top speed testing video tomorrow. Now, we take a big jump here, because the previous best vehicle in the entire Sports class is now struggling to make it into the top five. Our two new vehicles 1:02.2 for its lap time is a very, very good lap time, and when you’re driving it around, you—you can’t really work out where that lap time is coming from. It doesn’t feel as quick as what it— you know, the lap time that it’s giving.

And I think that’s mainly because it just picks up speed really, really well in that mid-range up to its top speed. Now, one thing I need to mention about the Paragon R is that the armored version of the Paragon R, which you get by completing the Casino missions, is only—it isn’t available in races, so I can’t test it just yet, but I will get a testing from it as soon as I can. Now, in 4th place, we’ve got the brand-new Issi Sport as well, so our brand-new cars in 4th and 5th places for the Sports class overall. With a 1:02.0, that means it’s two-tenths of a second quicker than what we’ve just seen from the Paragon R, half a second quicker than the Elegy— This little car can really take those corners well.

Like I said, the top speed testing video is going to be coming tomorrow, and… the Issi Sport especially doesn’t do that great for top speed, but when it comes to cornering, this thing can just—you know, fly around the corners. It hasn’t got the greatest acceleration, it hasn’t got the greatest top speed, but for… you know, a 1:02 lap time. Obviously, it’s not going to be touching what the Pariah, or the—you know, when I retest the Itali GTO—what the Itali GTO can do, it’s not going to be touching those two top cars, but for an Issi to go around this track in 1:02, that’s pretty special. It’s very, very quick, it was a big surprise that a little car like this can do so well. And one thing other to point out is that it has an off-road traction loss of 0.35, which is actually pretty good, and pretty much in-line with some of the other rally cars that we see, like the Omnis and the Tropos. So, the Issi Sport is probably going to be the quickest vehicle in the entire best online casino game in an off-road situation, whether you’re on a rally track or, you know, wherever it is, if you’re just going around on some dirt, the Issi Sport will be the fastest car in the game in an off-road situation, even taking into account all the super cars, or anything else.

It’s just that quick. In a regular situation, and with its off-road traction loss, It will be at a significant advantage there as well. So, I just wanted to put this comparison in right at the end between the Issi Sport and the Elegy. The Elegy used to be the number one for so long, the Elegy was the quickest sports car in the game ever since the game was released, nothing could dethrone it. And now, it struggles to even make it into the top five.

First, obviously, it was the Pariah, the Itali GTO, and the Comet SR, and now two of these new cars with the Paragon R and the Issi Sport, and frankly the Paragon R armored version looks to be even quicker than the regular Paragon. So, you know, that will probably slot in to top five as well, even though you can’t use it in races. And the Elegy has just dropped down the order, and it’s interesting to see how, you know, an Issi is going around this track quicker than what an Elegy can.

It’s remarkable, to be honest, and it kind of shows how—how things have changed from back in the day, and it’s the same with the Supers class as well. All those previous cars that we used to use are pretty much obsolete when you look at some of the newer cars. So, yeah, that’s it for this one. Like I said, the top speed testing for these GTA cars will be coming up tomorrow, and then we’ll have, obviously, the Caracara 4×4, and then any drip-feeding vehicles, I’ll be testing those on the day of release, plus all of the other videos that I need to do, such as the advanced handling flag retesting of cars, and all the other kind of information videos that I need to do covering this DLC.

Plenty more still to come over the coming weeks, but for this, there you go. Those are the the three new sports cars and their lap times, have fun with them. But that’s pretty much it for this one, remember to read the description for more info, comment with your thoughts, like the video if you enjoyed it or found it helpful.

Hi, my name is Nathan!

The Gaming Mania started as a hobby, but in the first year it grew beyond my wildest expectations and it’s now quickly becoming my new job.

When I’m not blogging, designing or writing, I enjoy shopping, yoga, pilates, bushwalking and catching up with friends over a few glasses of champagne.

I hope you enjoy reading Gaming Mania. If you’d like to get in contact, please feel free.